Just like any bike you would choose, this all depends as much on your personal riding style as it does on the terrain. Maybe even moreso.

The Diverge is the textbook gravel offering from Specialized. It comes from the factory on 700x38 tires and can comfortably fit 700x40. A fairly traditional road geometry keeps the handling mellow for long days in the saddle. Future Shock under the stem seems to disappear underneath you when the road is smooth, but when things are bumpy it does an amazing job of quieting the chatter. If your cycling background is mainly from the road, the Diverge could be just the right option for you.

Think about it. Gravel riding might have been borne of the idea that cyclocross races are all just way too short. So why can’t a ‘cross bike be the right gravel bike? You’ve got us there. In fact, most of the bikebarn crew choose the Specialized Crux as our own gravel tool. Both the Crux and the Stigmata from Santa Cruz offer up something a little different from the “traditional” gravel bike - and that something different holds a lot of appeal for riders who come from a mountain bike background. The slightly higher bottom bracket and tighter, steeper geometry of a cyclocross bike makes it more nimble when the terrain becomes a bit more challenging than a graded fire road (think powerline trail or even some chunky doubletrack).

Steel is still real. If your idea of adventure requires something built to carry a load, have a look at Specialized's two very metal touring bikes. The Sequoia has an updated touring geometry that feels nimble and sporty when the bags are off, but stable and relaxed when fully loaded for a weeklong adventure. AWOL takes that Sequia vibe and turns it just a little dirtier with increased clearance for 29" mountain bike tires. It blurs the lines between touring bikes, mountain bikes, and gravel bikes to the point where maybe it could just be called its own thing. Whatever you call it, the AWOL is a pretty cool bike to get lost on.

If you just love to put in long, fast miles and want a bike that can still keep up on the weekly sassy road ride, have a close look at the Cervelo C3 and the Specialized Roubaix. Both can accommodate a 700x28 tire with room to spare and have frames and forks designed to smooth out scrabbly roads while remaining always ready to accelerate the moment you decide to jump. The Roubaix adds Future Shock under the stem to turn bad roads good, but when the road is smooth you’ll hardly know it’s there.

Yes and yes. It’s all about the engine, after all. Whether your ride gets a little extra gnarly in spots or you just want the upright position and the smoothness of some really big tires. Mount up some intermediate treads, maybe swap in a narrower handlebar and/or longer stem. Maybe even ditch the suspension fork and go rigid to save a bit more weight. 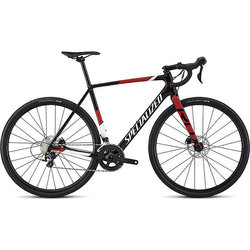 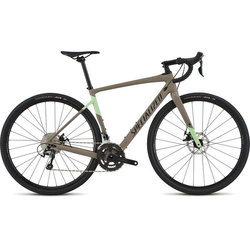